Recovery from the venogram was much worse than I expected. Originally, they told me I’d be in pain for the next 48 hours and then I’d be fine, but put me on restrictions for 7 days. I guess I didn’t realize how much you actually use your neck, as I could barely move at all for the entire week following. All I could do was sleep. The day after the procedure, I started coughing up blood, as well as blowing it out my nose, and my pelvis hurt more than it had even before the procedure. I also couldn’t see clearly either. It was as if my normal vision (even with glasses) suddenly changed overnight. Worried, I called the hospital, but the on call doctor thought my symptoms were unrelated to the venogram. Just weird they started the morning AFTER the venogram. Not long after I get off the phone with him, the hospital calls back letting me know that I have an appointment for a follow-up in two days (which I didn’t make – I was told to call to schedule). At that point, it was now the weekend, so I called bright and early that Monday morning to reschedule, since I was already scheduled with cardiology (at a different hospital) at the same time.

When I go to the follow-up a week later, the receptionist checking me in tells me that they’ll be calling me shortly for my ultrasound. Confused, I questioned her about it and she said, “Oh, never mind. It is an appointment, but there is no doctor written on the schedule…how odd!” Um, okay… that doesn’t sound good, but she doesn’t act concerned so we (my husband and me) take a seat in the waiting room and actually get called back to the exam room rather quickly – I think it was in less than 5 minutes from sitting down. After the nurse does her thing, she says it’ll be just a few minutes until the doctor comes in. After an hour goes by of us waiting in the exam room, the nurse finally comes back in to check up on us, saying that she just realized that it had been just over an hour since we checked in and that the doctor was scheduled for surgery at the time of the appointment… but he should be almost done. About 10 to 15 minutes later, a doctor that looks familiar, but is not MY doctor, walks into the room.

He introduces himself and says he will be helping Dr. J with my surgery and that he assisted with my venogram. Okay, so that’s why he looked familiar. He proceeds to go over the findings of the test by drawing me a picture and telling me, in the most basic way possible, that I have Nutcracker Syndrome. Um, yes, I know. It’s already been confirmed multiple times by multiple doctors. I don’t think he knew anything about me, really. This became more apparent when he then tells me to they want to do surgery to stop my hematuria – only I don’t have hematuria as a symptom and I haven’t since I was in my teens and early 20’s. He seems confused by this and asks me what, exactly, are my symptoms.

I tell him the list (ULQ abdominal pain that can also radiate to the right or pelvic region on both sides, constant nausea, dysphagia, pain after eating, alternating diarrhea/constipation, rectal bleeding with or without mucus or undigested food in stool, dizziness, syncope/pre-syncope, occipital neuralgia, skin rashes, burning sensation under skin, insomnia, sleep apnea, chest pain, asthma/allergies/anaphylaxis, olfactory hallucinations, hair loss, incoordination/balance issues, severe fatigue, heart palpitations, arthralgia and myalgia, muscle and eye twitching, livedo reticularis, nevus anemicus, random swelling of my lymph nodes, and abnormal menstrual cycle before endometrial ablation). I also tell him my current diagnoses aside from the NCS (SMAS, MTS, IBS, Hypoxemia, POTS, Pericardial Effusion, Ventricular and Sinus Tachycardia, Cardiomyopathy, Alopecia, SIBO, and some underlying autoimmune/infiltrative disease that is tricky to diagnose, but the doctors are fighting about it being lupus or not). Maybe it was the number of symptoms/syndromes I named off, I don’t know, but he just kind of brushed it all off since none of it fit with the Nutcracker diagnosis.

Instead, he moved on with the conversation by showing me where all the collaterals are forming (where the body develops new blood circulation pathways to flow through since my renal vein is essentially blocked) and we watch some video from the venogram.

Basically, a lot of my blood is flowing into my lumbar plexus and pelvis, causing the pelvic congestion syndrome.

The blood that is making it through the renal vein is then going up into the hemiazygous vein.

The rest of the blood, however, is flowing retrograde toward the IVC, and the doctor says that it’s not likely May-Thurner Syndrome but the retrograde flow instead (although, again, Dr. J said I absolutely had MTS based off my CT Angiography, which we watched together during my consult as well).

This doctor then tells me that I have two options to fix the Nutcracker Syndrome; a stent (which I interrupt him and tell him that’s not an option) or the LRV transposition surgery, which they believe, due to my age, would be the best option. I ask him about the SMA Syndrome, which Dr. J said I had based on the CTA as well, but this doctor tells me there’s no way I have that. I tell him that GI surgeon confirmed the angle for SMAS and wrote it down as a diagnosis in my chart, but said he wouldn’t treat it without other proof.

Basically, this doctor says that since I have no confirmed blockage they won’t treat it and that they can only treat what they have confirmed – the Nutcracker Syndrome and the Pelvic Congestion Syndrome (they plan to “tie off the vein” where it goes into the pelvis). Great…

We go over the surgery, recovery, etc.  My husband asks him if surgery will treat any of my primary symptoms. He basically stutters, saying there’s no way to know if it’ll help at all, but it may decrease any flank pain, hematuria (which, again, I don’t have) or pelvic pain caused by the PVCS, and that it has to be done. “So none of her primary symptoms?” – “Not likely”. I ask him if this could be causing any of the problems with my heart or the POTS. “Not likely influencing any of that either. I don’t suspect that this surgery will help those problems, but you never know.” We basically end the conversation there.

As the nurse is getting us checked out she says, “For someone with as many symptoms as you, you look really good.”  Excuse me?

“After 20 years of pain and no diagnosis, you learn to hide it pretty well…”

“We have another patient with all the same things as you and she doesn’t look well at all….She is horribly skinny and sick.”

I didn’t know how to respond to that, so I just said,

“Well I keep my weight up by drinking 1 or 2

She doesn’t understand how that’s even possible.

She’s speechless for a moment and then tells me that the doctor’s scheduler will call me to set up a surgery date, before walking us out. Before we left, though, she was nice enough to print out my venogram results so I didn’t have to wait for medical records to send them out by mail.

So, after all of this, I’m at a loss about what I should do.

Primarily, the biggest concern is having a major surgery without fixing my primary complaints first– you know, the ones that have taken away my ability to work and live a normal day-to-day life.

My husband doesn’t want me to have it done because he knows I can’t handle any additional pain on top of what I already have going on (that surgery won’t fix) and he doesn’t think it would be worth it. He also doesn’t trust the hospital, as I do after this whole affair. When the hospital called to schedule a few days later, I told them I would have to call back after I’ve gotten my affairs in order, talked with my other doctors and moved some appointments around, and talked with my school about taking at least one semester off. I also plan to call around to some other doctors out of state to see if they can review my tests, as well as my other doctors, although I obviously didn’t tell them that.

When I called my cardiologist to see if he had any objections or concerns I should be aware of about surgery, he recommended that I wait until my cardiology testing is done because he can’t guarantee I’d be okay with such an intensive surgery or recovery. Still, I need some opinions or input as to how to move forward once I am cleared for surgery. I don’t want to be noncompliant, but this is an invasive surgery and I want to make sure that I don’t do anything to make myself worse or choose the wrong thing. So far, this is one of the biggest medical decisions I’ve had to make.

Nonetheless, I’m losing hope that I’ll ever feel better as it seems to only be getting worse over time, and honestly don’t know what to do about anything anymore. I was so ill last week that I lost 8 pounds in three days from not being able to consume coffee (or food, obviously), but I am running out of tests that can prove the SMA Syndrome in a way that they would accept in order to treat it. 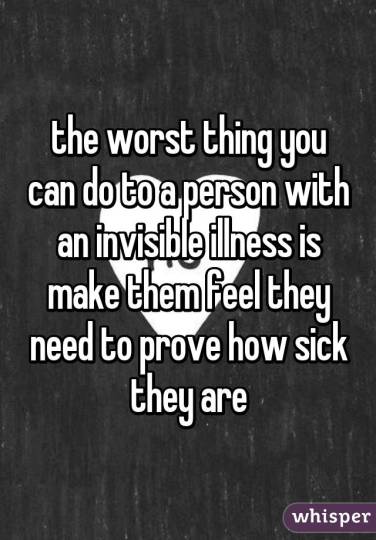 So what do you think?

Should I move forward with surgery at this location after how they’ve handled everything else?

Is it even worth having the LRV Transposition if it won’t likely help any of my primary symptoms?