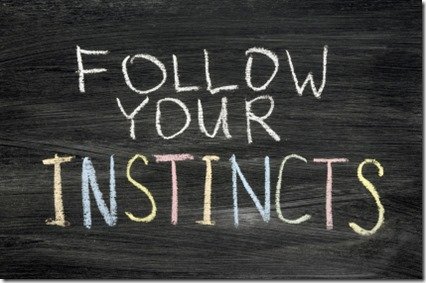 I wrote this post in response to a discussion that was going on in the Undiagnosed Warriors Support Group last night. I wanted to share it here because I thought that maybe it could help some of you. I know I haven’t posted all the findings/diagnoses like I’ve been promising,  but I really am working on it. I’m still struggling to put it all into the right words at the moment, even after all these months. As most people who have messaged me can attest to, I’ve had a lot going on lately. Nevertheless, I do hope that the following can at least give you a sense of where I’m coming from following my diagnosis:

“It’s so easy to fall back on those [negative] feelings because doctors and everyone else question our experiences. I can’t say what it’s like to be on the other side but, for a long time, I accepted an inaccurate psychological diagnosis, even though it never felt right to me. I even went to years and years of psychological counseling and therapy (including CBT, Biofeedback, Exposure Therapy, etc.), in addition to trying out different anti-depressant and anti-anxiety medications, but the meds only made me feel worse. 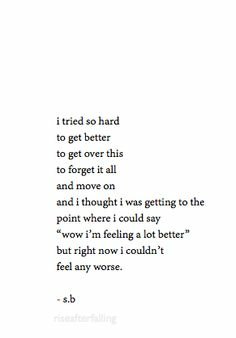 As I got sicker and sicker, the more the people in my life started to doubt both me and my illness. I honestly thought that I was going crazy; that perhaps I was actually ‘hallucinating’ my symptoms; or maybe making myself sick. After so many years of telling myself that what I was feeling was purely anxiety or some kind of subconscious eating disorder that I was possibly unaware of, I started to believe that the doctors probably got the diagnosis wrong. My psychologists at the time agreed that there was no way that a psychiatric diagnosis could explain all of the physical symptoms I was experiencing, especially now that my symptoms were clearly becoming more and more visible to everyone around me.

Even though I have a diagnosis now, I still find myself questioning myself – if that makes sense. Like, does it REALLY hurt as bad as I think it does? Or am I overreacting like the doctors said?

“It’s not in my head” – This is actually my own CT scan of the head/brain (Photo credit: Undiagnosed Warrior, 2016).

At the same time, I have also lived with approximately 20 different conditions (many of which are known to cause debilitating pain) for more than 25 years and yet, somehow, I managed to work a full-time job up until two years ago – all while going to school and staying active in sports and other clubs/activities/volunteer-work until I just couldn’t do it any longer. For most of my life, I had been taught to push through the pain; that pain was simply weakness leaving the body, and I had to keep fighting until every last ounce of the pain was gone.

Even now, I still push myself too hard sometimes because so many people have either called me lazy or crazy. It made me want to work that much harder just to prove them wrong.

Often, I find myself struggling with knowing when I need help. For instance, I never know when I should seek immediate medical attention because I’m so afraid that I’ll go to the hospital or something and be told that there’s nothing wrong with me or that my symptoms are not serious enough to justify an urgent appointment. Alternatively, I’ve also had multiple doctors tell me that I have the highest pain tolerance out of any of their patients. At least there’s that. If that’s true, though, then why do I feel so very weak and overdramatic when I tell people the truth about how in really feeling? Why am I in so much pain all of the time?

The worst of it happened just last week, when I had to prepare hundreds of pages of medal tests, lab reports, and clinical notes, along with an 11-page letter written letter, just so that I’d have enough “proof” to confirm that I was, in fact, physically stuck – and not with the kind of symptoms that are caused by a psychiatric illness either. Why did I do this, you ask? It was because one of my doctors accidentally wrote the following in my medical chart:

No joke. I was told that the only way I could have this changed or removed from my medical record was if I met the doctor face-to-face to discuss it further. It didn’t matter at all that the other specialists I’ve been seeing a lot longer all agreed that I had true “autonomic dysfunction” (or dysautonomia) based on objective autonomic testing, but they seriously wanted me to come into the office to confront the doctor in person. Ironically, my appointment was scheduled for the second last day of Dysautonomia Awareness Month – how perfect.

Although the somatoform diagnoses ended up being the result of a clerical error, I still felt pretty defensive and broken over the whole ordeal. I thought to myself, after all this – after all that I’ve been through and how hard I had to fight for a diagnosis; all the tests, all the doctors, and all the failed treatment and medications that have literally made me sick or have taken away years from my life – how dare anybody  [anybody meaning the doctor in this case] question my authenticity or call me a liar – how dare he do that to me! Obviously, this hurts me far more than I can express, I also knew I shouldn’t have been that angry over it either. I knew (and my other doctors knew) that this diagnosis wasn’t correct but I was angry nonetheless. I mean, I was really, really angry and spiteful about it. More importantly, I was hurt by the idea that I needed to “prove myself” once again. It’s so exhausting having to explain yourself over and over, while also feeling ignored at the same time.

I wish that I could say that this all gets better with time but I honestly don’t think that I’m in a “good enough” place to really make a fair judgment on this as of yet. All I can say to anyone reading this – or anyone still awaiting a diagnosis – is to learn how to trust your instincts and then follow it with your whole heart, particularly when it comes to your own health and the presentation of symptoms. Whether you’re dealing with physiological symptoms or psychological symptoms (or perhaps even both), please do yourself a favor and trust yourself because it’s these instincts that will ultimately guide you to where you need to go and how you need to get there. You can (and will) make it through this mess – that I can promise. It’ll just take everything you’ve got and you’ll have to fight twice as hard to simply get your doctors to listen.”

Gut instinct is really the key here because it is an adaptive, biological response in the body whose sole purpose is to keep us alive. It goes back to that whole automatic-autonomic response thing that we all have hidden deep inside us somewhere that ultimately drives a person’s will to survive. And, at the end of the day, isn’t that what life is all about? Learning how to survive, despite the danger?

2 thoughts on “So, if you ever feel like giving up…”